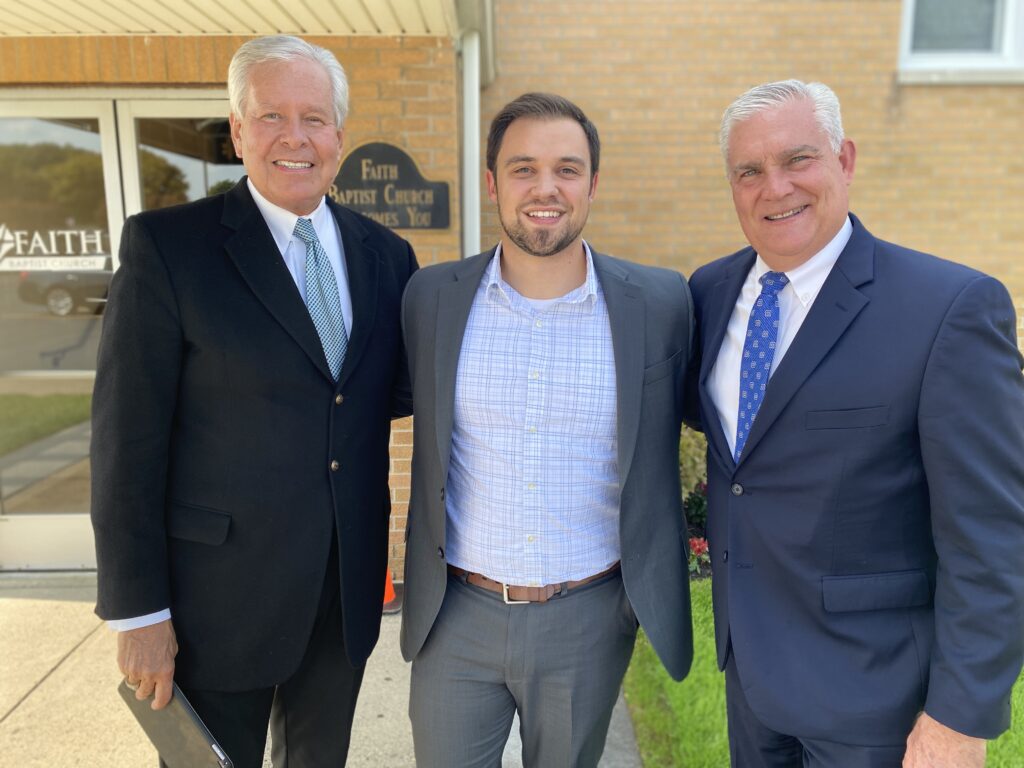 Early Fall of 2020 I had the privilege to organize some of my favorite events my life. God has blessed me with the friendship of a man named Chad Connelly. Chad Connelly was the GOP chair for South Carolina and went on to serve as the first ever Director of Faith Engagement for the RNC. He spoke to over 80,000 pastors between 2013 and 2016. After his term as DFE was ended he started his own 501(c)(3) called Faith Wins for the purpose of maximizing the Christian vote and engaging pastors in the civic arena. His team, along with Evangelist Byron Fox and Senator Bob McEwan, traveled to multiple states throughout the summer speaking to pastors and imploring them to hold voter registration drives at their churches. I had the privilege of planning three of these meetings in Michigan. On Tuesday, September 22nd, we held a terrific meeting at Pastor Cody Kuehl’s church in Grand Rapids. Pastor Cody Kuehl did a fantastic job hosting and contributed much time to making the event a success. We had about 40 people in attendance. The next two meetings were smaller, but God still used them! We met for breakfast the next day at Pastor Gene Haymakers church in Mt. Pleasant and had about seven pastors in attendance. Our Final meeting was at Pastor Tim Berlin’s church in Warren where we had about 15 people in attendance. Both Pastor Tim Berlin and Pastor Haymaker worked very hard to promote these events and make them a success. Every pastor in attendance of these three meetings was incredibly blessed and challenged by Senator Bob McEwan’s speeches. God has blessed him with an incredible ability to communicate and to weave history and Biblical principles together into a revelation of wisdom for the appropriate course of action for our modern day. Nearly every pastor who attended left excited to hold voter registration at their church or do anything else they could to help maximize the Christian vote.